Given the enormous distances involved in visiting  this second larg..." /> How to Spend Three Weeks in Canada – Brookes News
Travel Destinations

Given the enormous distances involved in visiting  this second largest country in the world, simply viewing the principal attractions  of Canada in no way allows the visitor to give ample justice to get a deeper insight of this incredible place. You can rent an RV, stay in hotels or rent luxury homes in Canada on your trip.

Even though the following itinerary endeavours to span the length and breadth of this vast country, right from the wildernesses of the North to the mountains of the west, there are places bound to be overlooked, such is the geographical structure of Canada.

For the first time visitor it is important to note that  Canada has four distinct seasons, each entirely different from the other. While Vancouver on one side is rather cool and free of snow, temperatures in Toronto can vary from -30 C to + 40 C. It is therefore essential to keep the weather and the distance involved in mind, whenever a trip to Canada is envisaged. Having said that, an itinerary covering Vancouver- Vancouver island – Vancouver – Montreal – Quebec- Ottawa -Toronto – Niagara  Falls – Jasper is one way to make the most of your limited time for a three week Canadian trip, traveling by train, road and plane.

Day one to three – Vancouver

Ideally speaking, fly into Vancouver and spend a minimum of three days there to cover the essentials.  These include the Yaletown districts, Granville island and Whistler. Discover North Vancouver on the Seabus ferry with a visit to the Vancouver Art Gallery. If you still have the energy and time ride the cable car up to Grouse Mountain or see the Anthropology Museum.A car ride, however, is the ideal way to see the attractions of the area as it saves time, especially during  the crowded weekends and holidays period.

See the the biggest trees in the world at

Named after the triple peak hill of Mt. Royal, Montreal is the largest of all the cities in the province of Quebec. Considered to be the world’s second biggest French speaking city, the place provides glimpses of European culture on the cobbled streets of Rue St-Paul that are full to the brim with high end boutiques and art galleries. Spend at least two to three days in this idyllic French speaking city, with its quaint shops and narrow streets. Take time off to see the Chateau Frontenac Castle and parts of the old town, which include Battlefields Park. Spend a day outside the city to see the spectacular Montmorency Falls Park and the huge falls within.

Take a selfie at Chateau Frontenac

Ottawa in no way disappoints as the capital of Canada. The city is a heady mix of culture and rich history, with the Parliament Hill being the political decision making hub of the country and the meeting place of the politicians. Free guided tours are on offer to visit the House of Commons and the Senate.

Take a walk along the Rideau Canal enroute to the mint to see for yourself how the local currency is made at the Canadian Mint.

Top sights : Witness the sound and light show which

highlights the history of Canada

Visit the Canadian Museum of Civilization.

An evening at ByWard Market

The commercial hub of Canada and by far the largest city of the country, Toronto boasts of its pulsating nightlife and the iconic CN tower skyscraper along with the most upscale restaurants to be found anywhere in the world.

A tour of the city takes tourists through an ultra modern cosmopolitan city full of award winning museums and excellent 20 the century architecture.

Indisputably one of the most impressive natural wonders of the world, the Niagara falls is a comfortable day trip from Toronto. The scene of a thundering river cascading over the tall escarpment is a sight to behold, both from the American and Canadian side. The falls are best seen up close by taking a boat from the base of the Horseshoe falls. Take a flight from Toronto to Edmonton and catch the VIA Rail or Rocky Mountaineer to Jasper. The journey allows you to witness some of the best scenery, which otherwise would not have been visible by road.

The mountain town of Jasper, is entirely different from other such places as till today it has retained its originality. The magical town offers a multitude of activities from walking down the quaint downtown, riding on a horse sleigh or a sublime walk on the ice frozen Maligne Canyon. No trip to Jasper is deemed complete without visiting the miles of lakes, peaks and glaciers of Jasper National Park and riding the 2277 m highest cable car in the world – the Jasper  Skytram.

Day twenty one – Fly out from Edmonton

Any visit to such a vast country involves special planning, as most of the itineraries are linked to rail, road, ferry and air services. This arrangement has been put forward to save time to get yourself better organized for your eagerly anticipated Canadian odyssey. 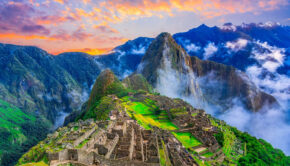 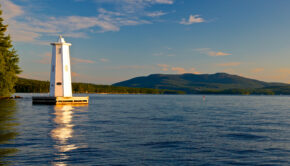 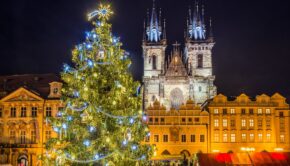