6 Tips For Visiting Egypt As A Solo Female Traveler Some of you who are reading this article today will be experienced solo travelers, and some of you will be new to the idea. Regardless of which camp you fall into, you’ll likely have had the name of one particular African country close to the top of the list of ‘countries you’d like to visit,’ back when you decided your life would be all about travel; Egypt. It’s a country of incredible culture, unrivaled history, and outstanding beauty.

Many of us developed a fascination with Egyptian history when we were at school, and we learned about their pantheon of gods, and their stunning architectural achievements. We’ve seen Egyptian lore represented on the big and small screen countless times, from Elizabeth Taylor in ‘Antony and Cleopatra’ to the somewhat less-subtle ‘The Mummy’ action films. We even see Egypt regularly on Vegas Slots websites. The legendary Egyptian boy-king Tutankhamun has his own mobile slots game. There are multiple mobile slots based on Cleopatra – who, if the stories are to be believed, was one of the most beautiful women who ever lived. For all the riches the mobile slots can offer to you, there’s nothing like seeing history come to life right in front of your eyes.

As we all know, there are particular challenges that come along with visiting Arabic countries as a single western woman, some of which are due to an unhelpful stereotype about western women that exists within these countries. Despite that, you shouldn’t be put off. Many of the scare stories are exaggerated, and you’ll be perfectly safe in Egypt so long as you use your common sense, and follow the tips and pointers we’ve outlined for you below.

Observe The Dress Code At All Times

Egypt is, for the main part, a progressive nation. It does not require women to cover themselves from head to toe when they’re out in public. Nevertheless, there is a dress code that’s expected of visitors, and it should be adhered to at all times. Many websites offer a complete guide on what women should wear (and when they should wear it) in Egypt, one of the most comprehensive of which can be found here. As a rule of thumb, ensure your shoulders and knees are covered at all times. If you’re planning to look inside any of the major mosques – which are beautiful buildings – it’s a good idea to bring a scarf with you, too.

Ask Your Hotel To Arrange Your Transport

We’re going to assume that you did plenty of research about the hotel and the area you’re staying in. That should mean you have a trustworthy hotel; one which has demonstrated the ability to care for and protect the people that stay there. As such, your hotel will have a list of ‘approved’ taxi firms and drivers. If you want to go anywhere using a taxi, ask your hotel to call you a taxi rather than taking a chance on a local company or driver you know nothing about. For travel back to the hotel, many stories we’ve seen say that you’re less likely to attract unwelcome comments or hassle if you order an Uber than you are if you flag a taxi down in the street.

Pretend To Be Married

The simple act of putting a ring on your wedding finger can be enough to ward off some of the attention you’ll receive if the local men believe you to be single. While there are some men in Arabic countries who believe that any single woman is a viable target for making advances to, they’ll generally leave married women alone. This is a chance to invent a whole new life for yourself! You could even go the whole way and pretend to have children, too. Bring them up as early as possible in conversations, and you should be left to enjoy whatever it is you’re doing in peace.

Be Smart On The Metro

Like many major cities around the world, Cairo has a metro system. It’s a cheap and convenient way to travel, and also provides some welcome shade when you’re moving around Egypt’s capital from one destination to the next. What many first-time travelers don’t realize is that the carriages on the metro are segregated; there are mixed carriages, and there are female-only carriages. Married couples and those in relationships go in the mixed carriages, and it’s generally expected that single females will go into the female-only carriages. If you enter the mixed carriage as a female traveler, you may accidentally be giving off the impression that you want to find somebody to mix with.

Bring Sanitary Products With You

If you’re expecting to need sanitary products – including tampons – while you’re in Egypt, you should pack them and bring them with you from home. The female menstrual cycle is still something of a taboo subject in much of Egypt, and sanitary products can be difficult to find. Even when you can find them, they’re likely to cost more than you’re used to paying for them. Neither of those facts is helpful to you if you really need tampons at short notice, and so it’s better to be safe than sorry.

Don’t Be Afraid Of Polite Conversation

What you won’t be prepared for – unless you’ve already been – is how friendly and welcoming the overwhelming majority of Egyptians are. They’re glad to have foreigners visiting their company, they appreciate the importance of tourism to sustain their economy, and they want you to feel welcome and visit again. It’s not uncommon for complete strangers to offer food to you, and many locals – especially children – might stop and ask to take a selfie with you. This is all part of the Egyptian experience. Use common sense and restraint here – don’t stop for selfies with large crowds of children who could pickpocket you, and don’t accept invitations to come into the home of a stranger to eat. Otherwise, deal with a casual conversation in exactly the same way as you would at home – you’ll find that it enhances your experience rather than detracting from it.

As for everything else – use a reputable tour guide when you’re visiting any major tourist attraction or landmark. You’ll quickly notice that all the major sites are surrounded by traders selling low-quality merchandise or offering their ‘assistance,’ all of whom will expect tips. You’re more likely to be left alone if the seller can see that you’re with a tour guide (you might even find that your tour guide has stern words with those who approach the group), so remember there’s safety in numbers! 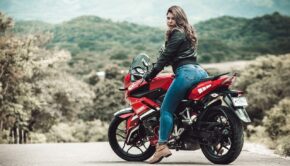 The best cities to visit for female solo travellers → 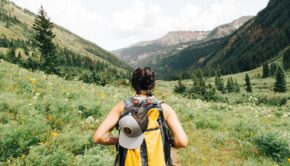 Best Tips for Women Who Love To Travel → 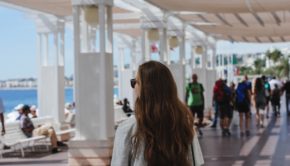 Girl On The Glow: Travel Tips For The Solo Female Traveller →