9 Tasty Types Of Tacos That You Need To Try

Tacos are one of the simple joys in life. Tortillas filled with delicious stewed meat and vegetable fillings, flavored with aromatic herbs and spices, have been a staple point in mexican and central american cuisine for very long time.They have also become a big part of food culture in the United States too. Chances are, you can find several varieties of taco at any Summerlin Mexican Restaurant. Keep reading to learn more about some of the many varieties of tacos that you absolutely must try. The Taco is Not a New Invention.

The taco predates the arrival of the Spanish in Mexico, and there is evidence to suggest that the indigenous people of the lake region in the Valley of Mexico traditionally ate flat corn tortillas wrapped around small fish. It is believed that the word taco derives from the Nahuatl word “tlahco”, meaning “half” or “in the middle,” which would make sense considering that food would be placed in the middle of a tortilla.

Although the taco as we know it today would not emerge until much later in history,

One thing is certain, tacos have become a widely enjoyed and versatile dish, with many regional varieties to choose from. How many of these have you tried?

If you live in the United States, chances are you are familiar with these crunchy yellow corn tortilla shells, usually filled with seasoned ground beef, cheese, lettuce, salsa, and sour cream. These tacos are very popular in Tex-Mex cuisine, and while they are a rather modern invention of Tex-Mex origin, we felt they were necessary to include on this list due to their immense popularity.

Hot From the Grill

Tacos de cazo, or saucepan tacos, are traditionally prepared by simmering meats and other fillings in lard, and then crisping them over high heat in a large, shallow pan known as a comal. This process results in meat that is exceptionally tender, and so delicious that you may want to eat it straight from your hand. Pork carnitas are one of the most famous type of tacos de cazo. Lean cuts of pork are cooked in lard for hours over low heat with oranges, beer, and spices added to the mix, making for a deliciously decadent pork filling.

Tacos de cazuela, meaning casserole tacos, take their name from the traditional cooking pot used to prepare various slow cooked dishes in latin cuisine. Braised or slow-cooked meats are the key component to tacos de cazuela, often including cuts from the head of an animal as well as brain and other organ meats. The meat is shredded and incorporated with the juices from the slow cooking before being stacked on warm tortillas, garnished with fresh salsa and queso blanco and served up hot.

Shepherd style, or tacos al pastor are made with thin pork overlapped on a large skewer, seasoned with adobo seasoning and cooked on a rotisserie. Commonly served with grilled pineapple and a sweet and savory salsa made with roasted tomatoes, pineapple juice, and cloves.

Fish and shrimp tacos are So-Cal specialties that have become beloved around the world. Usually made with fried or grilled fish and shrimp that has been marinated in a dry rub of spices, these are commonly served with shredded cabbage or coleslaw and pico de gallo. The popular latin-asian fusion cuisine has also produced some very interesting seafood tacos, with sushi style tuna and squid tacos being served at some of L.A.’s hottest fusion restaurants These unique tacos are made by frying uncooked tortillas in fat instead of cooking them with the traditional griddle method. the result is a soft and slightly greasy, but altogether tasty tortilla that is great with any of your favorite taco fillings.

This variation on the puffy taco is made using traditional navajo fry bread instead of a tortilla. In the southwestern United States, a similar type of taco is created using sopaipilla, which are either be topped with taco fixings or split and stuffed with them.

Flautas, taquitos, tacos dorados. These are just a few of the names used to describe this delicious type of taco. They’re made by placing a layer of fillings on top of a tortilla, rolling it into a cylinder and then deep-frying until crispy. These can be filled with a variety of ingredients including shredded beef and chicken, as well as mashed potato and cheese. They are most commonly served with guacamole, sour cream or salsa for dipping.

These are just a few of the amazing types of tacos that we have tried, but this list barely scratches the surface. There are so many delicious ways to enjoy tacos and we are on a journey to experience as many as we can. What are your best recommendations? Share your favorite taco recipes with us in the comments below. 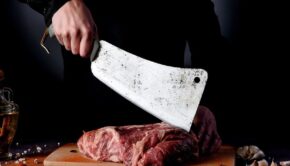 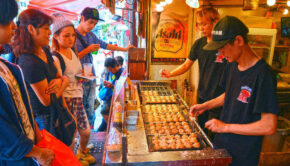